In The Face Label Launch 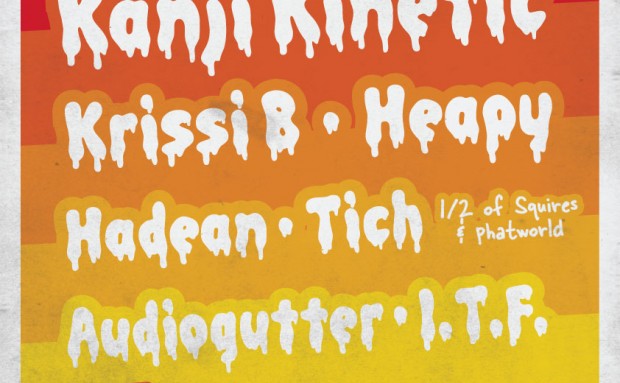 After a summer hiatus ITF is back with an allstar lineup celebrating the launch of our label. 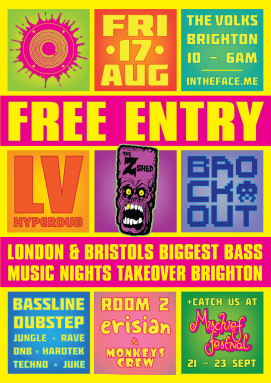 Last summer we treated you guys to a packed free event, and now we’re doing it again, this time with the mighty L.V. headlining, together with London & Bristols biggest bass nights, Z-Shed and Brock Out! Make sure you check out the Facebook event for full info.
Brighton vs London vs Bristol vs LV…..FIGHT!!
END_OF_DOCUMENT_TOKEN_TO_BE_REPLACED 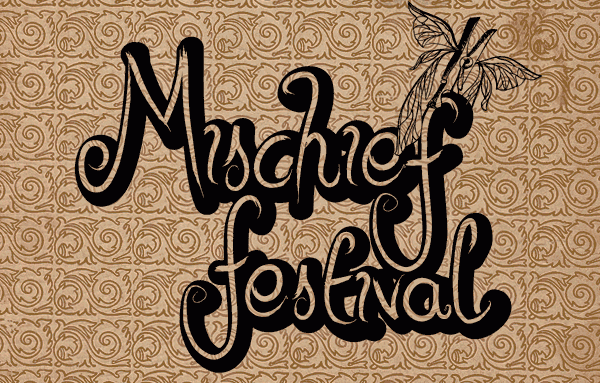 Catch In The Face at Mischief Festival this year! The Mischief crewdem are known for putting on bangin parties and this is guaranteed to be an absolute stormer, featuring 6 stages of everything from acoustic to hardkore. 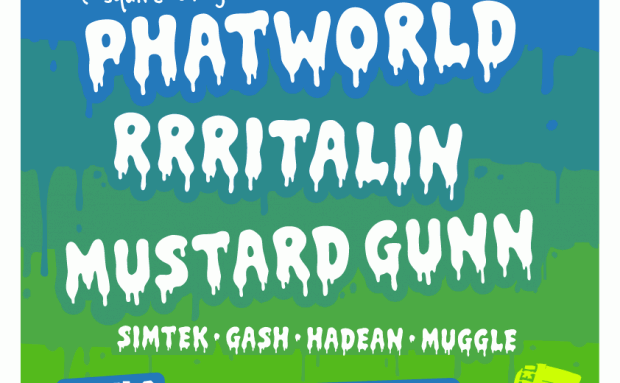 Our latest event is going to be a blinder, we have a Coin-Op Records Takeover for our 2nd Birthday night! Phatworld (aka Squires & Dankle) bringing some seriously funky bassline to get you moovin’ & groovin and joining them the absolutely mental rave bass stylings of Rrritalin and the godfather of the genre Mustard Gunn.
A special 2nd Birthday price of £4 via the facebook event, or with a flyer!
END_OF_DOCUMENT_TOKEN_TO_BE_REPLACED Our next outing is a Rag & Bone showcase featuring Stagga & Warlock. We’ll also be playing host to Yeahhbuzz and are joined by the Donky Pitch and Bonzai crews in Room 2.

5 quid guestlist. Just pop your name on (and maybe ‘like’ if ya want) our new Facebook Page.
END_OF_DOCUMENT_TOKEN_TO_BE_REPLACED 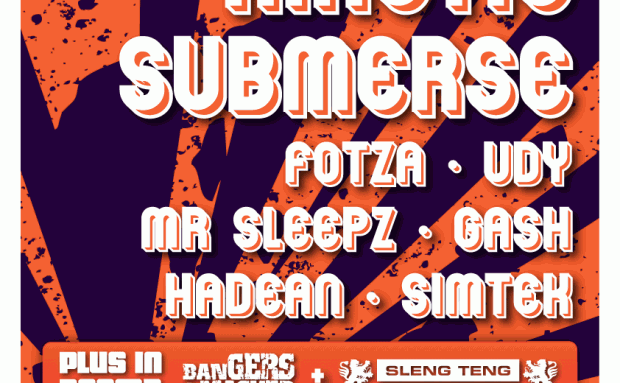 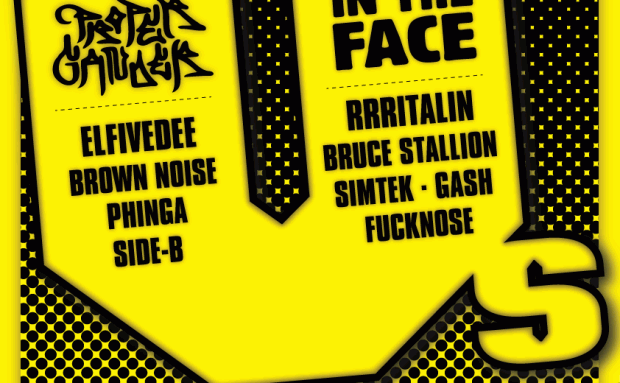 IN THE FACE! Friday 3rd June @ The Volks w/Off Me Nut Records 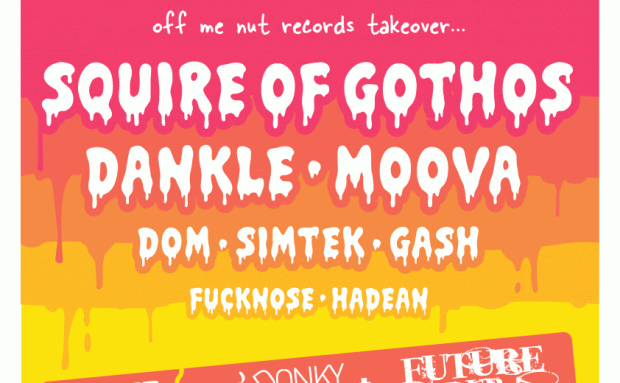 As it’s our first Birthday we thought we’d celebrate in style, and not only get Squire of Gothos (who played our very first night back in May last year) but also a whole bunch more of their labelmates all the way from Sheffield to bring you some mental basslines OFF ME NUT STYLE!!!
END_OF_DOCUMENT_TOKEN_TO_BE_REPLACED

In The Face! Friday 25th Feb @ The Volks w/Kanji Kinetic 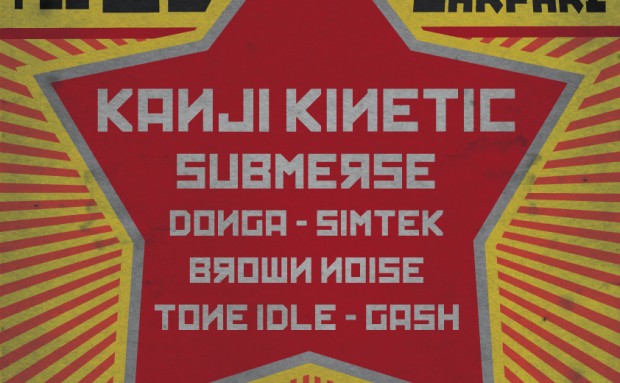 Military themed fancy dress for this one with prizes for the best dressed.
END_OF_DOCUMENT_TOKEN_TO_BE_REPLACED In The Face @ Bangface Weekender 2015 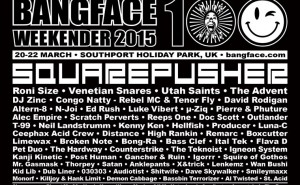 In The Face crew playing at Bangface 100!

This years Weekender gets back to it’s routes with the old-skool chalets, pontins vibes and prison camp charm.

Checkout the full mega lineup and get your tickets over at: 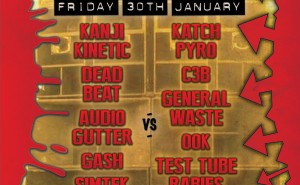 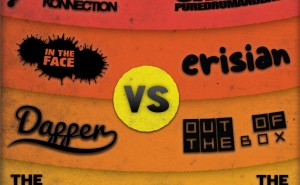 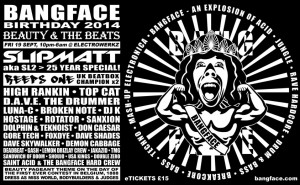 Bangface returns to London on September 19th with an exceptional lineup for their birthday bash, including Slipmatt/SL2 (a 25 year special set) as well as High Rankin, D.A.V.E. The Drummer, Top Cat & more. Also joining them are In The Face’s very own Gash & Deadbeat who will be going back to back and bringing you the freshest bassline, garage, grime & more. Its gonna be a banger! 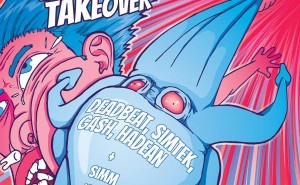 This weekend in Wigan: Deadbeat Gash & Hadean Takoever Pure for a night of bass heavy sonics and Sillyness. Don’t Panic! have been flying the bass flag up north for years now, we’ve been up once before and they’ve returned the favour, and now we’re back to show those guys what us Southerners are made of (and it aint sugar, spice & all things nice!)
Check out their Facebook Event for more info.