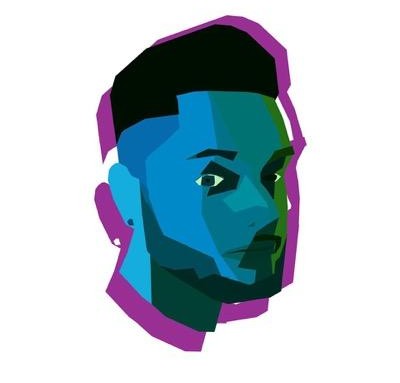 Good man, everything’s going well and I’m enjoying my music at the moment!

For those people that haven’t heard your music, could you explain your sound to us?

My sound is basically just heavy bass-centric music that’s quite bassline influenced. I like to use vocals quite a lot with a lot of garagey type elements. But my stuff is definitely very bassliney still after coming from the 4×4 scene. I’m helping to push this new bass sound along with a few other producers.

There’s been a bit of a resurgence of bassline in the last few years, especially that northern/niche sound as someone from Sheffield what are your thoughts on this?

I’ve been on the frontline of the bassline scene in Sheffield since about 2011. The scene has had its ups and downs but I believe it’s found a new market and audience, the warehouse rave culture in Sheffield has revived the sound to an extent. People like myself, J.G, Off Me Nut, Thorpey, DJ Q, Nastee Boi, Cmac, J69 & others have all been pushing the bassline sound when others wouldn’t. Big up DJ Q for recognising our efforts over the years and supporting on various radio platforms. Shout out to UKFB who did a feature on mine and JGs part in reviving the bassline scene up north.

You’ve worked with Thorpey on a track with Trilla, any more collabs in the pipeline, or any MCs/vocalists you are working with in future?

Me and Thorpey are doing a VIP version of “Only Just Begun” after a ridiculous reception from the bassline heads in Sheffield. Watch out for that! In regards to working with MCs, I’m working on Wobbla 2015 with Asher: that’s in the pipeline & is also a collaboration with Killjoy. Also just in the process of doing an official remix for Charlotte Devaney who is a big vocalist/producer that features Fatman Scoop, so that’s pretty surreal. On top of that I’m doing an official release with her and the Ragga Twins which is super cool. And lastly I’m working on a “Bass” track with Sheff don Kdot. Loads and loads of big stuff kicking off at the minute, keep your eyes peeled!

Along that vein, if you could work with anyone on a track who would it be?

From the UK scene probably the Newham Generals, they’ve got a monopoly on the UK scene and haven’t really touched the new sound. Out of the UK obviously people like Kanye West, Jay-Z, Eminem just because it would be really interesting to hear them on a really exciting bassy UK beat.

Let’s chat a bit about production, tell us about your set up

I make most of the track on Logic Pro X but I start off using Reason 5 and ReDrum. I swear by that drum machine. I then layer stuff in Logic to make it sound fuller and all that. Another piece of software I cannot live without is Massive, it’s a staple of bass music production. I’m a bit of a geek when it comes to Massive.

Do you have any advice for young producers starting out?

Just dedicate a lot of your time to music and stay humble and network with people. Bit of a cliché but it’s so true: you get out what you put in. Also don’t get too blinded by what other people say or do. Everyone is comfortable with different stuff and software. It’s also good if you’ve got someone who’s a little wiser who can give you advice, I didn’t have too much but I did have people music orientated people around me.

How did you get into producing/DJing?

When I was around 13/14 I got introduced to DJ Double N’s mix tapes and from then I was hooked on bassline. Luckily I had J.G to show me the ropes on Virtual DJ and then later on with Reason. We were lucky that our school let us use the computers at lunch time to make music. I was absolutely fascinated how you could make music on a computer!

And finally tell us a bit about the new release…

My brand new single entitled “Home” is out now Nu Wave Records. It has already had support from DJ Q , Flava D, TS7, Marcus Nasty and your very own Sub FM show! There is also a massive bassline remix that J.G has done which is available on Soundcloud as a free download. Thanks for talking and enjoy the mix!

You can get hold of a copy of Home here, also below is the exclusive In The Face Mix by the man himself and below that a tracklist and free download of one of the tracks. Don’t say we don’t do anything for ya!