In The Face interviews Kanji Kinetic 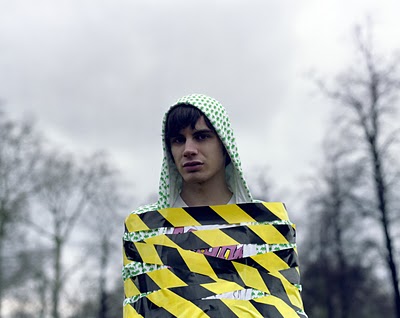 We caught up with Kanji ahead of his set at In The Face, this guy’s someone we’ve wanted to get down since we started

Hiya mate, how ya doing?

All good thanks! Been ultra busy with various projects and remixes so really looking forward to getting down to Brighton and smashing it out!

For those people that haven’t heard your music, could you explain your sound to us?

It’s a mix of underground dance genres aimed firmly at the dancefloor, there’s elements of techno, bassline, dubstep, oldskool hardcore, garage, drum & bass… anything full-on to hype up the crowd!

You have a very unique style! What’s influenced you, do you try to sound different, or does it just come out that way?

I’m not really into making music in one particular genre so I just make tunes that I’d want to hear on the dancefloor! I used to be really into the hardest of dnb and technical metal, but also want to bring back the vibe of the free parties in the UK in the early 90s. I was too young to go but I’m trying to recreate my idea of what it was like!

You’ve just started another label (you already run Electrostimulation with Z-Kat) Mutant Bass Recordings, which is all free to download. What’s the idea behind it and what can we expect from future releases?

I’m trying to give more exposure to this hybrid bass sound cause I think there’s a lot of potential for it to blow up! There are a lot of great upcoming artists starting to get shows all over the place and I want to give them a platform for more people to hear them. And offering them up for free download is the best way to get them to as many people as possible!

Which producers/djs are you rating at the moment?

The Off Me Nut crew from Sheffield, UK are really taking off right now which is great. They have a proper DIY vibe and also run a free netlabel, the main artists like Squire of Gothos, Dankle, Moova and Droid have plenty of free stuff up for download and always bring the rave. Other artists I’m really into right now include Rrritalin, Submerse, Lenkemz, Simtek, The McMash Clan, Double Oh No, Figure and Michael Forshaw.

You’ve played in Brighton before. How have you found it?

The last time I played at the Volks was for a Wrong Music night and it was sick! The crowd were totally into it and I can’t wait to come back!

A lot! I’m working on a lot of new material in different tempos at the moment for a few different labels. I also have a few remixes on the go and I’m working on an all-new live set that should be more hectic than ever.

Aside from writing dancefloor bangers, djing and running two labels. What else do you get up to?

I have a bunch of projects in the works at the moment, I’m finishing up my first video game soundtrack which is something I’ve always wanted to get into. I’m also working on a sample pack which should be available later this year.

Thanks for the interview, looking forward to your set on friday…

Check out Kanji’s labels, www.mutantbassrecords.com and www.electrostimulation.co.uk and come see him on Friday, more info below….

One Response to “In The Face interviews Kanji Kinetic”

YEA that dreamy night… I was there, Thanks 4 that