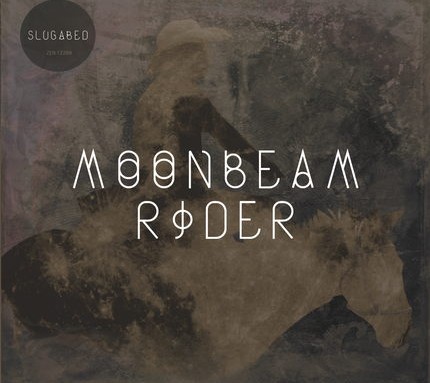 Greg Feldwick aka Slugabed is on a roll right now.

Newly signed to Ninja Tune, for whom he remixed Roots Manuva’s “Witness” as part of their 20th anniversary celebrations, he has recently played at the legendary Berghain club in Berlin, launched Brighton club night Donky Pitch’s record label with the track “Donky Stomp,” toured Canada and remixed both Eskmo and Stateless for his new home label. Now he presents his first EP for Ninja, five tracks deep and, in the words of The Quietus, crafting “all the best bits of current American pop culture and distilling it along with UK bass music into a typically sceptical Brit attitude.”

Epic, spacey, channelling funk and soul through stumbling, glitched-out electronics and slathers of unfeasible bass, Slugabed is a man of many styles. “Moonbeam Riders” filters some of the crunching hip hop attack of the LA Beat scene, “Tomorrow Morning” is 2-step with extra wobble, “Nu Krak Swing,” well, the title should give you some idea about that one. Funny, clever, referential, sometimes moving and never anything but completely himself, Slugabed is a substantial new presence in UK bass music.

This new release from Ninja Tune is awesome…pick it up on digital or vinyl at the Ninjashop and check out the official video.